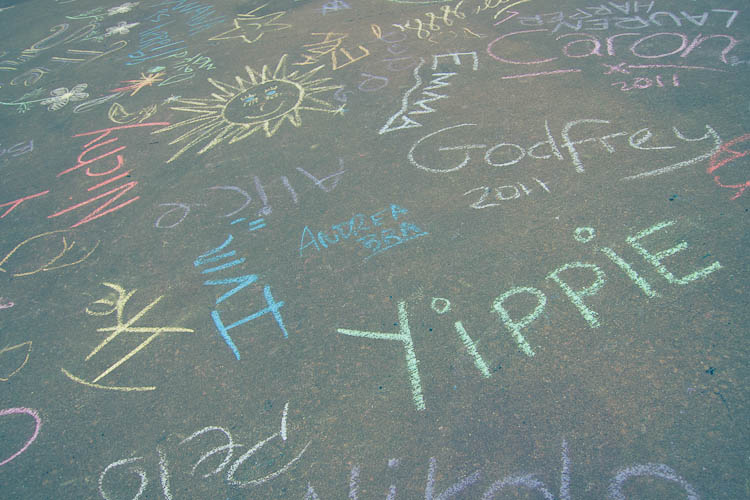 So I’ve recently had it put right there in my face, and it took me more time than it should have to see it happen. There it was: one of the quickest and easiest ways to instantly boost our mood.

I was in session with a client recently who was obviously feeling quite low. Right away I asked her what was going on and she said she wasn’t sure, and so we spent the next little while talking about why she may have been feeling how she was feeling. We weren’t having much luck and then in the middle of our conversation she mentioned how hot my office was and how this was making her feel really tired. I agreed that I too was starting to feeling and little heavy lidded with the heat (and, admittedly, my after lunch sugar low). Our session went on and just a few minutes later, as she continued talking about the things that were going on in her life, I noticed that somehow she had made a transition into recounting some things she’d found funny and enjoyable during her week and her whole demeanour had changed so dramatically. It was actually quite remarkable

I couldn’t help but ask her what had just happened? A few minutes ago she’d been feeling sad, down, and depressed and now she was animated, smiling, and even had a little sparkle in her eye. She replied by telling me that trying to figure out why she was low was not helping either of us, so since we were both feeling a little tired she thought it might be more useful talking about some things that were more entertaining which was likely to help us both feel more alert and engaged.

Now obviously, as a therapist I believe in the healing power of talking through and processing our challenging and upsetting thoughts, experiences, and emotions but sometimes just choosing to focus on what’s going well in our lives can cause an instant 180 in how we’re feeling in the moment. It’s actually quite remarkable.

Try a little experiment. Next time you’re feeling blue, call up a friend and just start telling them about a thing or 2, big or small, in your week that have been fun, or enjoyable, or interesting, or engaging, or curious…. just to see what happens.