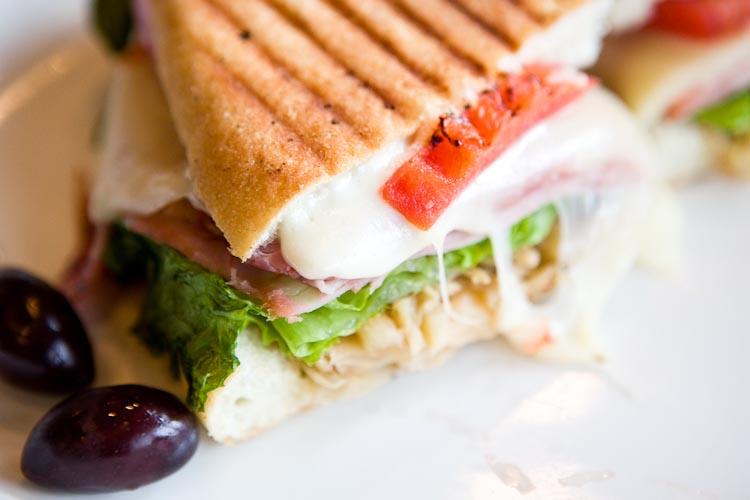 The other day I was at a weekend training workshop for Complex Integration of Multiple Brain Systems or more simply put, CIMBS, and I had an interesting interaction with another counsellor that had nothing to do with the training we were doing.

At this workshop we were provided with a lunch and this lunch consisted of soup and sandwiches – but not just any sandwiches, they were these little gourmet mini sandwiches and they were delightful.  Anyway, shortly after lunch, when we were back in session, someone on the catering team came in and took the half-full platter of little delightful sandwiches away. Now I would be lying if I said I wasn’t a little disappointed because I had been looking forward to having another mini turkey sandwich on fresh cranberry sourdough bread for my afternoon break snack.

So, when we did break for coffee and a snack a short while later, I approached one of the nearby catering staff and politely asked him if it was possible to bring back those tasty little sandwiches so we could enjoy them once again during our break. He said they were downstairs in the fridge, but he’d be happy to go down and get them and bring them back up. I thanked him graciously, and awaited their arrival.

I didn’t realize it at the time, but another counsellor at the workshop had overheard the whole conversation I’d had with the caterer. A short while later I ended up in a conversation with this woman and she said to me: “I really admired how you were able to ask that caterer to bring back the sandwiches. It was something you wanted and you weren’t afraid to ask for it. I wish I could do that.” At first I was a little surprised by her comment and didn’t really know what to say until later (I hate it when that happens!) Of course she could have done that! What’s there to be afraid of? As long as we’re okay with hearing no, because literally, that is the absolute worst thing that could happen. We can ask, and they can say yes, or they can say no. That’s it.