One Simple Habit to Help You Overcome Anger & Frustration. 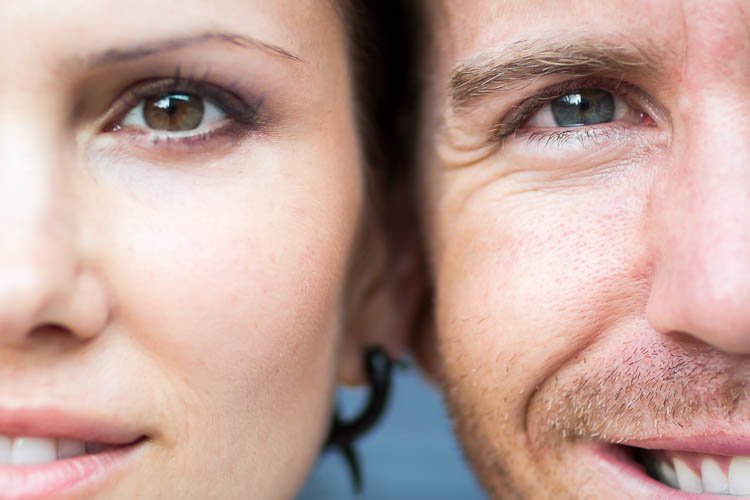 Do you ever have times when everything can be going great and then one little bad thing will happen it’s ALL you can think about? It’s as if all that was going well up until that point gets completely wiped out because of this one tiny flaw.

But what about the flip side? Does the same ring true? When everything is going terrible and one little good thing happens, do we allow this one small positive occurrence to take over and sweeten the unpleasant situation? Do we let it come in and trump all of the bad?

No. We don’t. Not typically anyway. But why?

Why does the bad get all the credit in every bad or good circumstance?

You can be having a great conversation and then say one slightly weird or awkward thing and then immediately tell yourself the entire conversation was a total bust. But what about the fact that the rest of the conversation went great AND no one (other than you) likely even noticed or cared that you said something uncouth (and if they did, they will have forgotten it by tomorrow).

This unsavoury tendency of ours to highlight the bad and discount the good is explained by a belief out there in the psychology community that our brains are wired with a negative bias. Historically, they say, this had served us well when we actually had to be on high alert for real dangers such as animal predators or greedy neighbours (before the age of AlarmForce).

In the same way, this negative bias also comes into play after one upsetting thing happens and we quickly tell ourselves that “Nothing ever goes right for ME!” It’s in that exact moment we turn into the world’s best debater and in a split second are able to come up with a whole slew of examples to prove our point.

Just the other day I came home to a mess in the kitchen – that I did not leave – and I immediately jumped to “Wayne always leaves messes for me to clean up.” And to hammer home the point: “I always have to pick up his socks and his clothes from the floor, and take his dirty cups to the kitchen to wash. Poor me!!” This might even convince you that I am hard done by because my husband is a slob who leaves disasters everywhere for me to clean up.

And if we argue only this one side and come up with all of these examples to prove our point we’re going to think we’ve arrived at an objective truth, because obviously we have all of this evidence to prove we’re right. Right?

But what if, in that moment of feeling frustrated, discouraged, or angry with someone else, or even ourselves, we argue the opposite. We flip the argument over to the other side. I bet you’d be able to come up with just as many arguments there too. It’s only logical.

What if I’d said to myself in that situation: “Yes, there’s a mess in the kitchen today, but Wayne is usually pretty clean.” And to hammer home THAT point “It’s a rare occasion that I come home to a mess left in the kitchen, he takes the garbage out all the time, he always tidies his desk, generally keeps his used clothes in a neat wear-again pile hidden away in the bedroom, and often if he gets home from work before me, he does the dish or two I’ve left in the sink. And we’re not even talking here about all of the other things he does to contribute to our family.” Huh. Not such an inconsiderate slob after all!

This works when you’re coming down hard on yourself as well. You could say “I didn’t get anything done today. I’m so lazy and useless,” or “I never get invited out for lunch at work. No one likes me, “or “I’m such a bad mother because I did this this, and didn’t do this,” or “That girl turned me down for a second date, so I’m a total reject that no one ever goes for,” or “I cheated on my diet today, so I’m pathetic and can’t stick with anything.” And then each of these would be followed by evidence and examples to promote yourself as a total failure.

But let’s try this. Instead of arguing the boo hoo, let’s argue the woo hoo!

How about, “I actually did get a little work done today: I sent those emails, mailed those parcels, responded to a few of those calls AND got a bit of a start on that new project.” Or “I didn’t get invited out for lunch today, but did get invited out last week twice, and had a meeting one day and decided to do personal email through my lunch the other two days.” Or “I’m a great mother! I read to my kids, I snuggle them to bits, I take them out to play and run and learn every day among many other things. My kids are happy, healthy, engaged, active, and affectionate – I’m doing a lot of things really well!” or “There was that girl last week who did seem really interested, but I wasn’t really in to it so didn’t ask for a second date with her“ or “I rarely cheat on my diet and am often quite disciplined with making healthy choices.”

What areas of your life can you apply this to? At work with your colleagues or boss? At home with your partner or kids? In your everyday life with your friends or family? Or more when it comes to making yourself feel badly about yourself?

We do have to be extra careful because we are often most susceptible to this way of thinking when we are stressed and tired and overwhelmed.  And feeling any of these things while simultaneously feeling P.O.’d about something else may make it harder for us to rally ourselves into arguing the good, but that means it’s all the more important we do.

Many of us are sick and tired of both being so hard on ourselves and getting down on others all the time, but making the positive argument really helps to counter balance that pesky negative bias.