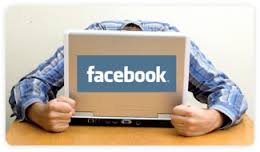 Word has been spreading, but I’m not sure if everyone has received the message yet – More and more evidence has been coming out saying that Facebook is really not good for us – in many ways. But the one I am talking about here is how it heightens, exacerbates, and triggers social comparison – in a bad way. (Is there a good way?). And because this is already something a lot of (read: all) people struggle with to greater or lesser degrees, especially since that’s what capitalism requires of us in order to survive, the good old book of faces doesn’t make things any easier on us.

It used to be about Keeping up with the Jones’ and now it seems like through Facebook we are being pushed and pressured to keep up with the Jones’, the Sarah’s, the Ryan’s, the Amelia’s, the Scott’s, the Mason’s, the Lindsay’s etc. etc. You get the idea.

In a recent poll that was done regarding motivation behind posting particular photos on Facebook, 60% of the study participants admitted to taking photos of themselves in not-so-exciting-situations and making themselves look like they were having a really great time with the sole purpose of posting said photo on Facebook. And to that I say: Who’s real life can compete with that? The answer is: many people try by doing the same, which obviously doesn’t really help the situation, it simply perpetuates the problem.

Not only are most people posting only the best looking, most interesting, and most fun and special photos of themselves, now many are simply looking for opportunities to make it appear as though they are having the time of their lives simply to show this to their friends. But really, let’s be honest: who’s going to post the photo of themselves getting their feelings hurt after being snapped at by their partner? Or a photo of themselves sitting at home feeling bored and lonely on a Friday night? Or a photo of themselves working extra long hours at a job they don’t always like so much?

Facebook Depression is a real thing. And because many people have literally hundreds of “friends” (picture BIG air quotes here), if a few people every day post these wonderful images of themselves having the time of their lives and this is what we see each time we log on, who wouldn’t soon start to feel like everyone else has such a fun and fulfilling life? And here you are, going to work every day, having a few close friends to spend time with, and taking a little holiday once or twice a year. Now, compared to the seeming daily excitement of everyone else, your life sucks. And now you feel really bad about yourself. And now you feel ugly and lonely. And now you feel like you got the raw end of the stick in life. And now you can’t stop thinking about it. And now you’re depressed.

You might be thinking: “Oh come on Julia, you can’t tell me that everyone who has a Facebook account is clinically depressed. If that were the case much of the developed world would be suffering from depression and clearly that’s not true.” And yes, you’d be right. Not everyone who has a Facebook account has been, is, or will become clinically depressed, but I will bet you money that 98% of people have logged out of their Facebook accounts at least a few times and thought: “Wow, my life is kind of boring and it seems like everyone else is so much happier and has so much more fun than I.” Oh, and the other 2% are lying.

This is not a slander of Facebook – well maybe a little because I have researched and witnessed its real and significant ill effects on the human psyche. So the take home message here is that even things that seem relatively benign can be hurtful and harmful. It’s important for us to be asking ourselves in all kinds of situations: Is this good for me or bad for me? Does it bring out the good in me or the not-so-good-feelings in me? If it’s working – do more of it. If it’s not, stop doing it.