Why You Get Super Stressed Out & Sometimes Lose Your Sh*t. 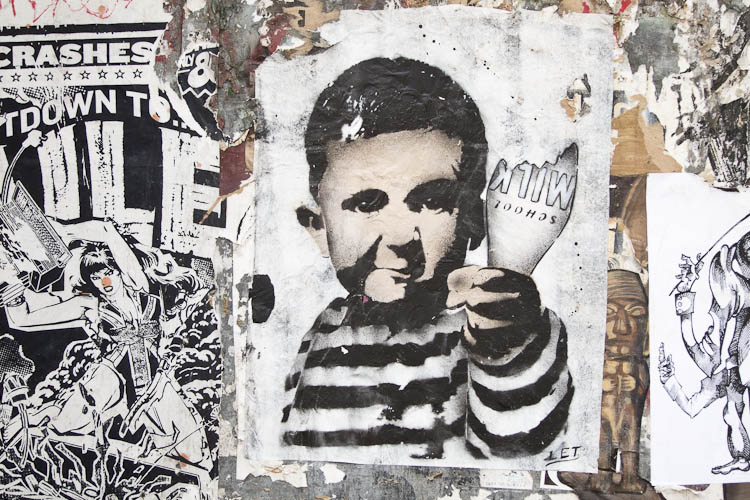 Have you ever witnessed that classless human being at Starbucks who yells or snarks at the barista for putting whole milk in their 1% latté? Or the crazed maniac who gets cut off in traffic and then lays on their horn, rolls down their window and screams totally appalling words at the hurried perpetrator? Or the sub-par parent who yells and their child in the grocery store line up for whining about not getting to eat every single chocolate bar on the stand in front of them?

Okay, truth time. Have you ever been that person? I know I have… in at least 2 out of those 3 situations.

And although, while in the witness position, we tend to think people who behave in such deplorable ways are irresponsible, inferior, embarrassing, and disgraceful human beings. Really, they are not. They are likely just really stressed out.

And a lot of us are. Many of us have said yes one (or ten) too many times and have taken on way too much and are now literally functioning at our limit.

Let’s put this another way: Let’s say there’s a cliff. And then there’s you. And then there’s you standing right on the edge of that cliff. Right at your limit, living your life by being the yes-person at work, or taking on extra responsibilities at your child’s school, 0r not letting yourself ever say no to a friend or parent who asks you for just one little favour (that won’t take more than 2.5 hours a few minutes).Basically running around trying to have it all, do it all, and BE it all to everyone. All. The. Time.

So there you are, living right at the edge, right at your limit. And then something doesn’t go according to plan. Something unexpected pops up – like your partner leaving a water stain from his ice cold can of pop on the coffee table. And that’s it. That’s the last straw. That’s the thing the pushes you over the edge, and the only thing you feel you can do in that moment is lose your mind and start screaming and yelling and telling them why they are an incompetent and despicable human being.

But you’re not. You’ve just been living right on the edge of what you can actually handle and literally could not handle one more thing. And then one more thing happened.

And that’s the way a lot of us live. Right at the extreme edge of our limit. And then we, and the other poor innocents around us, suffer the consequences when we get pushed past it.

So then what? What do we do about it?

We take five or six steps back. We create a bit of space between ourselves and our limit. A buffer zone, if you will. So then, if and when we run into a problem – a big gust of wind or a herd of antelope go running by, we have somewhere to go. We have space to move around, recalibrate, think rationally, deal responsibly, and cope effectively with the unexpected or unpleasant.

And the reason why many of us forget to leave that bit of space between ourselves and our limit is because we mistakenly believe that when someone asks us to do something for them, or another project is put on our desk, or another invitation has been sent out requesting our presence, just because we CAN do it, it means we SHOULD do it.

But this would be wrong. Just because we CAN do it, it doesn’t always mean we should, or even that it’s good for us TO do it.

Yes, technically we can often commit to, feel responsible for, or agree to take on more. I mean, really, we do have that five or six feet between us and the edge of our cliff. So because we have that little bit of breathing space we think we’d better fill it up, because letting ourselves have a little bit of space to breathe is selfish and not a good enough reason to respectfully say no or set a boundary.

Did that just sound as ridiculous to you as it did to me? Preserving my sanity and keeping myself from existing at my limit so I don’t lose my shit at the drop of a pin is not a good enough reason to say no, and is just me being selfish?

So my invitation to you, should you chose to accept it, is to protect that space.Protect it like the dickens. Because if you don’t and if you keep yourself living right at your edge, you are going to cause a lot more damage to yourself and the important people around you than a little bit of a “no” from time to time.

If you found this valuable, please share it. And if you do, let me know so I can thank you.

I’m Julia Kristina MA, RCC,  and I’m a CBT, Mindfulness, and Positive Psychology registered (aka licensed) therapist and life coach out of Vancouver BC.

If you’d like to work with me 1:1 I do in-person sessions from my office in downtown Vancouver, or virtually to any where in the world via SKYPE.