The Easy Way to Become Successful. 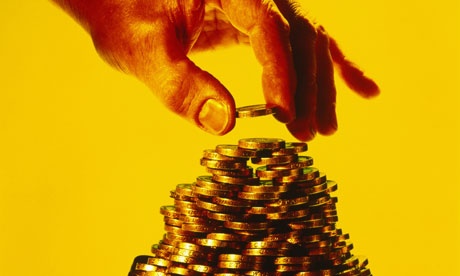 There’s an old teaching tale that goes something like this: Two villagers were talking one day about how each of them wanted to become wealthy. Both agreed that in order to consider themselves wealthy they would need to somehow acquire a relatively large pile of coins.

One of the villagers decided he would not change anything about his life, but rather spend his days sitting at home by the fire hoping a pile of coins would suddenly appear on his doorstep, and occasionally complain about why he wasn’t getting what he wanted.

The other villager decided that if he wanted to one day have his pile of coins he would have to start placing a coin or 2 on his front step each day until it turned in to his desired pile.

And with a manageable amount of effort, and in not too much time, this villager got what he wanted.

This is an important tale because it has relevancy in so many areas of our lives.

What is your pile of coins? Is it actual money? Climbing the corporate ladder? Becoming fit and healthy? Having a few really close friendships? A strong marriage?

You’ve heard it before, but I’ll say it again. If you want something to happen you actually have to do something to make it happen. And not just once. Often. There’s no magic button. Sorry. But if you put in at least some effort on a regular basis, it’s not very hard to get what and where you want.

Sometimes we mistakenly believe that if we’re not doing something “HUGE” to dump a whole big lot on to our pile of coins on any given day, there’s no point in doing anything. And the trouble is, then, we don’t end up doing anything, and nothing happens.

If you want to get fit and healthy adding a coin or 2 to your pile everyday (i.e. going for a short walk before supper, having fruit for dessert after one of your meals instead of a cookie, taking the stairs instead of the elevator etc.) does really add up over time.

If you have big career goals, waiting for the right time to clear your schedule and put all of your energy and efforts in to working on your goals sounds lovely, but how many of us can actually do that? Especially with all of the other responsibilities we have? BUT, doing a little bit every day actually counts for quite a lot, and will get you there faster than just waiting for the right time when you can push everything else aside. Besides is it ever even possible to do that?

Same thing with close, connected relationships – both romantic ones and friendships. They don’t just magically happen on their own. They take regular and intentional effort and investment. You doesn’t always require a lot, but you can’t do nothing.

And often the little things you do for the important people in your life on a regular basis will build a much bigger pile than just a grand gesture once in a blue moon.

The little things like stopping everything you’re doing and looking at the person while they are talking, sending a text to tell them you’re thinking about them when you’re not together, stopping and picking up a favourite pastry for them on your way home from time to time, or telling them how much you appreciate, respect and admire them. Actually saying it on a regular basis. Thinking it doesn’t count.

In my practice as a therapist, I can’t tell you how many times I’ve heard from clients (both men and women) that they just wish their partners would tell them how great they think they are and how much they appreciate and love them. It’s so simple to do, so why aren’t we doing it more??

So from this point forward if you really want something to happen – if you want that pile of coins– you’re going to need to do something about it. But don’t get freaked out. It doesn’t have to be something huge and it doesn’t need to happen all at once.

Just a coin or 2 a day, and before long you will have your pile.